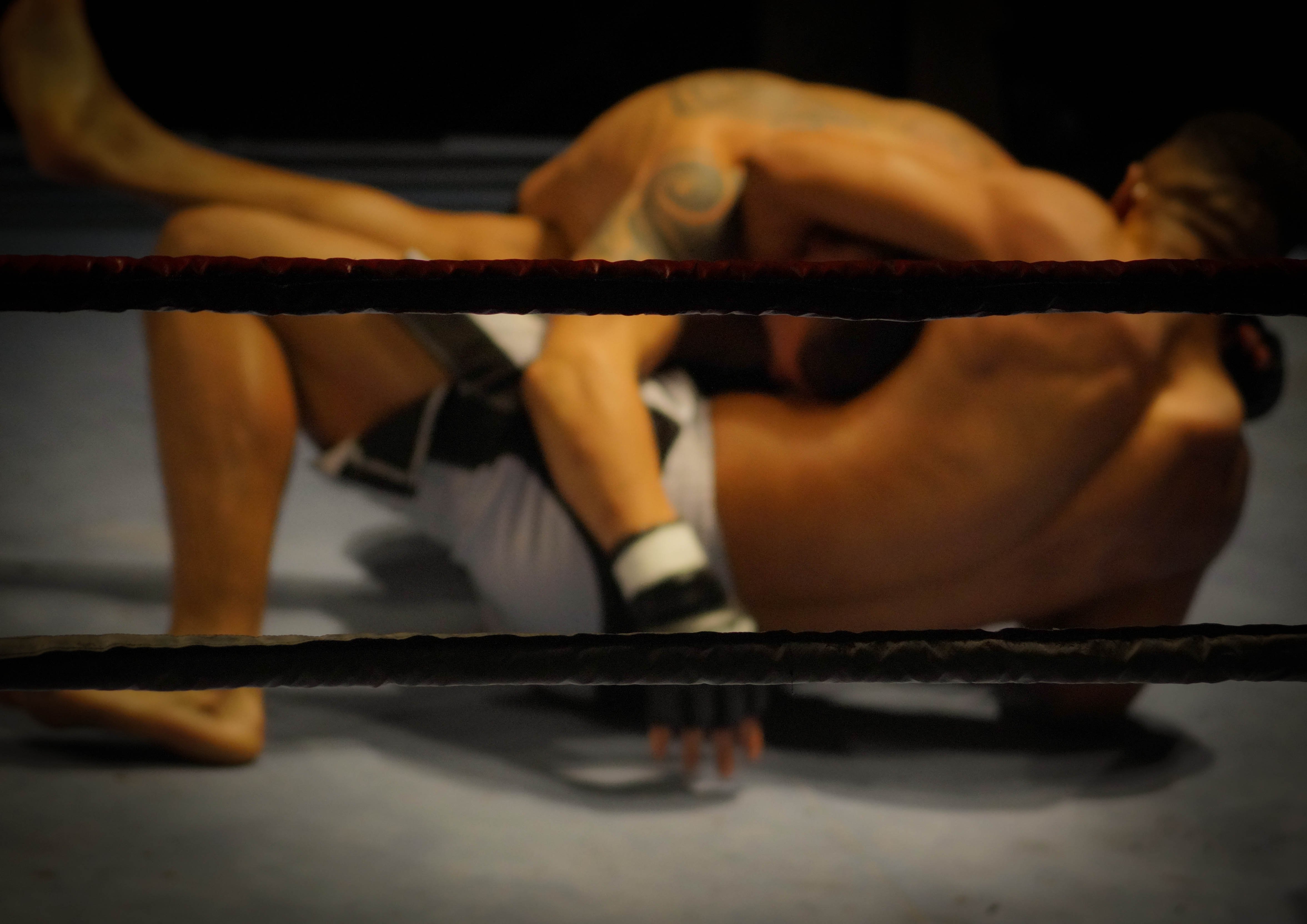 Ask anyone off the street what martial arts they know of, and you’ll probably hear a standard chorus of answers. Some, like kung fu and karate, are well-known thanks to popularization in movies and TV. Others, like Brazilian jiu-jitsu and muay thai, gained popularity thanks to the UFC.

Some martial arts, however, haven’t made it into mainstream media or use techniques too ~questionable~ to be viable in sanctioned MMA. These next five fall into one or both categories. You might know one or two, but we bet you haven’t heard of all five!

We’re starting with this one because it’s debatable as to whether or not rough-and-tumble even counts as a martial art. The “martial” part is there, yes, but it was an “art” only in the same sense that unleashing a pack of half-starved dingoes into your home is “interior decorating.”

Rough-and-tumble originated when the US was in its infancy, in the rural south. It was a sport as well as a (terrifying) way of settling disputes: there were no rules, and underhanded moves like groin shots, biting, and stomping on a downed fighter were not only allowed but encouraged.

A popular rough-and-tumble move involved sinking your thumb or fingers into an opponent’s socket and popping out his eyeball. Fighters would deliberately grow out their nails, sharpen them, and dip them in wax to make this feat easier to accomplish. There are accounts (of dubious historical accuracy, but still) that tell of town squares littered with eyeballs after large rough-and-tumble brawls.

Rough-and-tumble never really caught on as a popular sport, and died out pretty quickly. Probably for the best – can you imagine a Rough-and-Tumble Panda or Rough-and-Tumble Kid? I mean… geez. That’s not a good kids’ movie.

Dambe isn’t exactly unheard of: it’s very popular in Nigeria, where it originates. However, it’s not well-known in the US, and it’s too cool to not include.

This centuries-old sport martial art founded by the butcher caste of the Hausa people in Nigeria. It used to include a wrestling element; however, today dambe is fought primarily as a standing, striking art. A dambe fight has three rounds. ‘Only three?’ you think. ‘MMA has five!’ Yeah, but dambe’s rounds are untimed. The length is determined by a referee, who can end the round if a competitor is knocked down, if a competitor or official calls for a halt, or if there’s not enough activity from either competitor.

The other big departure from MMA is the gear. There are no mouthguards or gloves or shin guards used in dambe, but fighters aren’t unequipped. Fighters wrap a length of tough rope around their dominant arm. This is called the “spear” and it’s the primary weapon in dambe. Dipping the rope arm in a mixture of resin and broken glass used to be legal in the sport, and, although that practice has been banned, fighters can still sometimes wrap chains around their lead leg.

Although intense to watch (check out the video below!), dambe is the ultimate spectator sport. Cheering and music-playing from the crowds before and after the matches plays an important role in the atmosphere, and can even determine the ring size. Dambe fights are usually held outside on the bare ground, with no official ringside seating. More popular fighters have to spar in smaller spaces, as the excited crowd presses in.

A modern martial art with ancient roots, Okichitaw was created by Indigenous Canadian martial artist and historian George J. Lepine. Lepine, who is Michif Plains Cree, learned traditional fighting techniques, along with hunting and tracking, at a young age. He also had a natural prowess for martial arts (Lepine and his accomplishments could be a whole other article, but in summary: he has a 6th degree black belt in taekwondo, 4th degree black belt in hapkido, black belt in taekeukdo and a brown belt in judo, and was on the Canadian Men’s Olympic Taekwondo Team in 1988).

During his training, Lepine realized that, while the Asian martial arts he was studying were awesome, they only had one thing indigenous arts training did not: an organized system. So Lepine decided to create one.

The result was Okichitaw, a combat system based on the fighting techniques of the Plains Cree Native Americans. Practitioners learn counters that allow them to smother an opponent’s force, then finish them with a throw and end the fight as quickly as possible.

Okichitaw also incorporates several weapons, like the long knife (more common), tomahawk (less common), and gunstock warclub (super uncommon) or nontoni towin mistik. The warclub consists of a wooden rifle stock with a knife sticking out of the end. Ow.

Kinamotay is what rough-and-tumble could have been, if the practice had been overseen by organized martial artists instead of drunk, belligerent young men. The Filipino art involves structured grappling training, but also focuses on biting, eye-gouging, and even pinching. Unlike rough-and-tumble, which was often used to settle (petty) disputes, kinamotay is taught as a “last resort” self-defense: what to do if a larger, stronger person who intends you harm gains the upper hand.

Also unlike rough-and-tumble, there is an art to the biting of kinamotay. It’s not just “chomp away at whatever’s closest.” Practitioners know all the really painful spots to go after (face and chest are the top targets).

Oh, and the grappling? Some of it’s designed to let you latch on to the other person for longer, so your assailant can’t get away once you start to go all zombie on them.

I can envision some scenarios where this is the perfect self-defense art, even after the fact. Imagine if someone tried to mug you, you used kinamotay on them, and then they ran away. Picking your would-be attacker out of a lineup would be easy: “Yes, that’s him, Officer; the one missing a cheek.”

If you thought you were getting out of this list without reading about a Russian martial art, you thought wrong. As a country, Russia has faced invasion too many times to not have come up with a few tricks. In this case, the compilation of those tricks is systema.

Based on techniques created in the 10th century by the Cossacks, used by the KGB, and refined for the Russian Special Forces, the Spetsnaz, systema is one scary art. Like its better-known Israeli cousin krav maga, it’s intended for close-range hand-to-hand combat, disarms, and fighting off multiple opponents.

Supposedly, a key principle of systema is non-destruction. However, this is also the art that contains some dozen ways of gracefully murdering an opponent with a shovel (see the video below), so I’ll let you come to your own conclusions on that one.

And there are even more cool and obscure arts out there! Do you know – or even train – one? Tell us about it in the comments!

(Hopefully) you don’t plan on training in Rough-and-Tumble, but if you want to learn Brazilian jiu-jitsu, karate, taekwondo, or any of a dozen other arts, head to Century and get your gear – no face-biting required!