A Brief History of Kicking Jeans

The year is 1977. A new tech company, called Apple Computer, has just become incorporated, Jimmy Carter is the 39th President of the United States, Elvis Presley has given his final concert. And in Oklahoma City, Century Martial Art Supply, Inc., has put out a new product: Action Jeans. 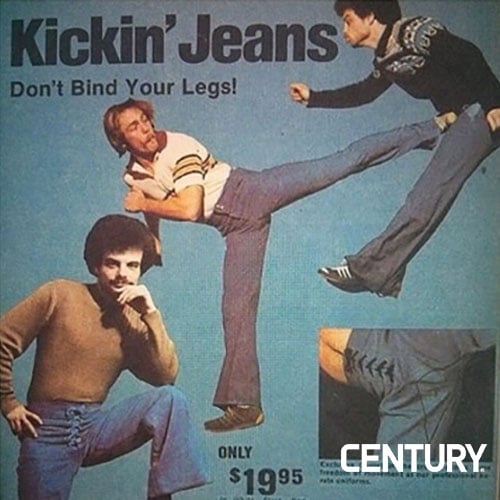 Several well-known martial artists like Bill “Superfoot” Wallace and Ernie Reyes Sr. made appearances in Action Jeans ads. One ad in particular features Reyes and his son, Ernie Reyes Jr., then just a child, both poised mid-high kick in the jeans (this was long before the younger Reyes would reach the height of his kickboxing prowess and movie star fame). 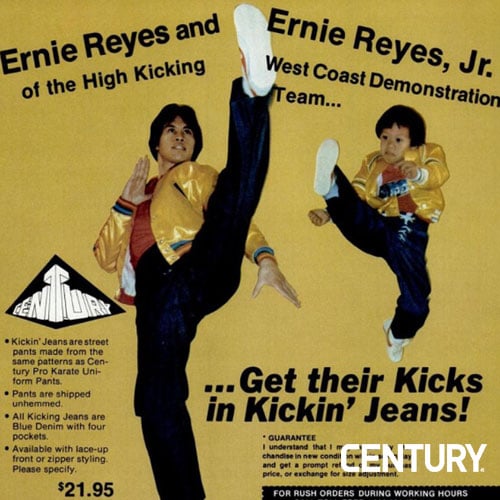 Action Jeans had a good run, from 1977 to 1991. Then the line was retired, to the disappointment of denim-wearing high-kick aficionados everywhere. 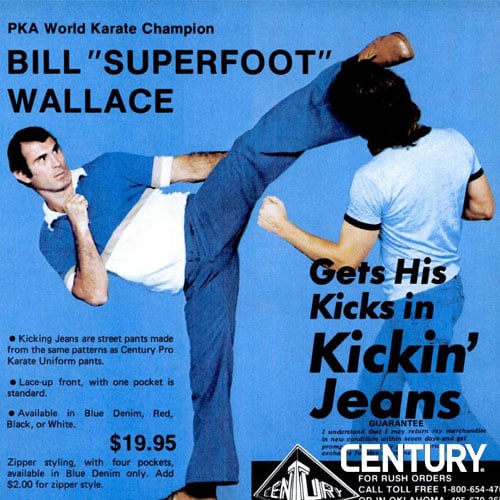 And so, from the ashes of the Action Jeans rose the Kicking Jeans. Century re-introduced the popular pants in 2015 at the Martial Arts SuperShow in Las Vegas, new and better than ever! Kicking Jeans are made from a blend of denim and Elastane fibers, which, in nontechnical terms, means “really stretchy fabric.” The Kicking Jeans look and feel like normal jeans, though, not Spandex or any other “jegging” material. No, Kicking Jeans are in no way related to jeggings, unless it’s as an older, and much cooler, cousin. 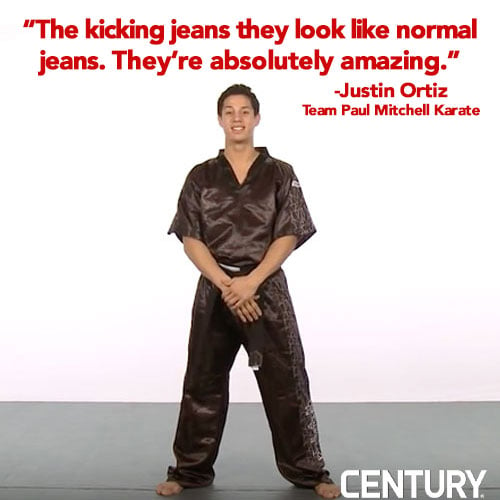 What made the jeans unique at the time, and what still makes them Facebook-post-worthy today, is that you can conceivably kick someone in the head while wearing them. They’re that flexible. They’re the jeans equivalent of the one little show-off kid we all knew who did gymnastics in grade school and could contort her body like a pretzel.