A RETURN TO FORM

That was exactly what happened for Kaytlin Neil. During her freshman year of college, the former cheerleader was invited to an MMA event. She watched with some interest, until the event reached the singular female fight on the card – and she was captivated.

Later that same week, Kaytlin began one-on-one lessons with a fight coach. Before long she had leapt into full training alongside other fighters at the gym. If fighting was a relationship, then Kaytlin was ready to make a lifetime commitment.

But, as that one old British guy famously said, “The course of true love never did run smooth.” Losses in the ring were one thing. They weren’t fun, sure, but sheer love of the sport was always enough to keep her coming back. Then, in 2019, Kaytlin injured her knee training. An MRI revealed a torn meniscus. She was still recovering when she tore the ACL on her same knee. Ow. 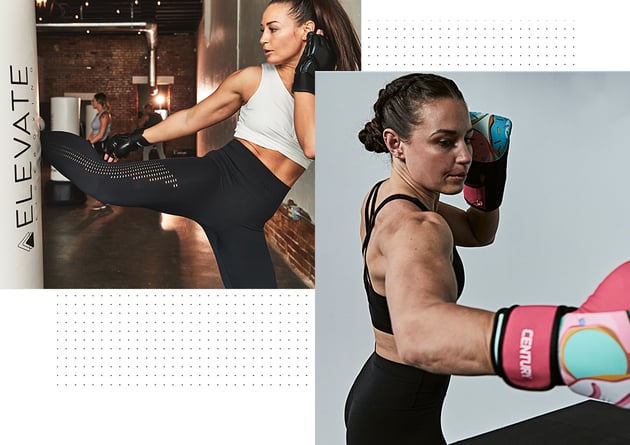 If she was going to have any chance of healing, there was only one solution: She and MMA were going on a break.

And then, of course, COVID happened.

No fights. No training. No human interaction within a six-foot window. Just back-to-back knee surgeries and a whole lot of physical therapy.

It’s easy to love someone – or something – when times are good. There’s a different level of devotion required to maintain that love when setback after setback strike. Kaytlin has that level and then some. She couldn’t return to the ring, but she could channel her love of MMA in other ways. She threw herself into work on her brand, Bad Athletics, and launched a workout app. She wrote a children’s book. Everything she loved about fighting, the challenge of it, inspiring others, pushing herself – she found in her new endeavors.

Today, with COVID lockdowns melting away and two fully functional knees, Kaytlin is looking at a return to fighting. And the world of MMA is waiting and ready with open arms – and raised gloves.

The Food Side of Fitness