Say “Bonjour” to the French Martial Art of Savate

When thinking of martial arts involving kicking or boxing, many people tend to think of Japanese karate or muay thai from Thailand. However, with the recent popularity of several new forms of mixed martial arts and different international spotlights on traditional forms of martial arts, the French foot-fighting art of savate is gaining attention. If you’re new to the art, this introduction to the martial art may shed some light on the practice. 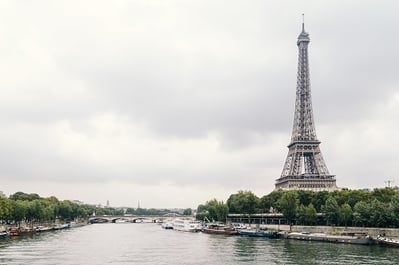 Where is Savate From?

Generally, it is accepted that savate developed from sets of techniques popular in both the north and the south of France in the early 1800s. The traditional foundation of the art came from northern French and Parisian slums, where those who fought wore heavy boots to deliver fast and low kicks to the legs of opponents. This type of fighting blended with the fighting styles of sailors from the Marseille area in southern France, who tended to kick their opponents high on the body and slap them with open hands. Due to travel within France, the two fighting styles eventually merged.

What Does Savate Mean?

While some argue that “savate” is merely a mispronunciation of the Spanish word “zapato,” or “shoe,” many linguists state that it is an older French word for “boot” or “old shoe.” Sailors as well as street fighters in northern France would often wear sturdy old boots and shoes, especially if the wearer was formerly in the military. Some people also speculate that the word “sabotage” (coming from the old English word “sabot,” pronounced similarly to “savate”) could be linked with “savate,” due to its connection with conflict. Regardless of the origin of the name, competitors wear special kicking boots when practicing the martial art.

What Are the Characteristics of the Sport?

Savate is mainly conducted through particular actions of the hands and feet, for both offensive and defensive moves. Fighters are allowed to punch forward and backward, as well as to hook an opponent with a punch or deliver an uppercut punch to the face. Kicking is allowed to all parts of an opponent, especially to the legs. They include:

Professionals and experts can also learn how to kick while jumping, which can quickly defeat an opponent.

In 1924, savate was presented at the Paris Olympics as a demonstration of French martial arts. In the past century, schools of the martial art have sprung up around the world. The International University Sports Federation officially recognized savate in 2008. This recognition has led to championship competitions around the world at a university level in the decade since the announcement. Many professionals hope that the growing interest in the sport will eventually lead to its inclusion in the Olympics.

What Are the Levels of Savate?

Those who practice this martial art can choose to either gain technical expertise, focus on competitions or become a teacher. While these options are not mutually exclusive, the style of teaching can differ between options. Similar to how karate martial artists earn different colored belts to show proficiency, savate martial artists earn different colored gloves. Additionally, the ranking of a student of the sport can differ based on the school attended. Therefore, while the key motions of the sport may remain the same around the world, the way they are taught and the methods in which they are evaluated can be slightly different.

Savate in the United States

Americans interested in learning how to practice French martial arts are recommended to check out local clubs with masters or experts of the sport. In the late twentieth century, clubs were formed on both the west and east coasts of the United States to teach the techniques and spread the word of savate. Later, the clubs merged into the United States Savate Federation. Today, people across the nation can learn this unique and impressive style of fighting.