The Secret to Succeeding in ANY New Year's Resolution

WELCOME TO THE NEW YEAR – well, almost. We’re at the point where we’re counting down by minutes and seconds, rather than days and weeks. We’ve got the fizzy drinks and those little confetti-spewing gun-smoke-smelling party poppers stocked. We’re all anticipating misdating everything we write for the next few weeks (or months…in my case, it’ll be months). And. If you’re like most of us, you’ve made a New Year’s resolution.

Not to rain on your celebration, but I’ve got some bad news: upwards 90% of New Year’s resolutions ultimately fail. Or, rather, people fail to keep them.

But! Am I offering this fact to usher in a mindset of doom and gloom, no doubt befitting the cold January weather? Have I come with ill tidings to urge you to accept your fate without even striving for the greatness you’ve dreamed up with your resolutions? On the contrary! I’m here to give you the secret to keeping all your resolutions: No matter what your goal is, the key to achieving is in martial arts.

Don’t believe me? That’s okay – you will by the end of this post! You see, our friends* at Statista put together a list of the top 10 resolutions from 2018. I’m going to break down, one by one, how martial arts will solve all of them.

Today, we’ll look at the first four most-common goals. Prepare to be amazed! 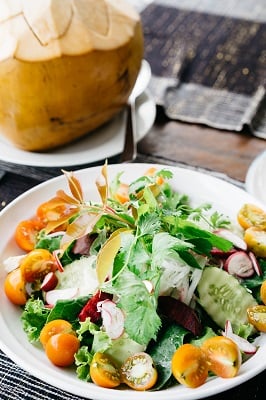 I think that's a coconut in the background?

Go to one martial arts class on a belly full of pizza and soda. Just one. I dare you.

Also, the better you eat, the better you’ll feel during training and the more energy you’ll have. Trust me, you will want that energy. Joining a martial arts class is actually a really great inspiration to eat more healthfully because there’s no guilt. There’s no dieting; there’s no restriction. You just eat better because you want to.

Nyooooom look at her go

No matter what – I repeat, no MATTER WHAT – martial art you join, you will be getting a ton of exercise. However, the nice thing about martial arts is that you can very easily scale the activity to what fits you. If martial arts marks you reentry into serious exercise, start slowly with one class. Don’t overexert yourself on power; focus on technique. Bring plenty of water! If you’re recovering from any injuries, or have any other conditions that might interfere with your training, let your coaches know.

The other great thing about martial arts for exercise is that it’s not just exercise. It’s learning. It’s fun. It’s not the same as hopping on a treadmill and going nowhere; it’s something new every day. That will keep you interested and motivated to return. 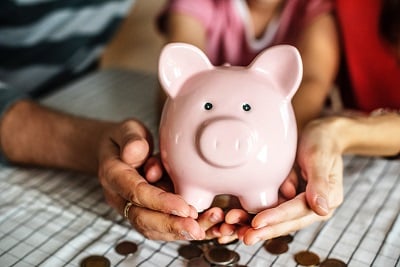 You’re gonna have to focus on the bigger picture for this one. I won’t lie, gear and lessons cost money. But hear me out!

Suppose you take martial arts for five years. Sure you get in shape, sure you have the time of your life – but those aren’t monetary benefits so what do they even matter? Pfffft.

THEN ONE DAY, years later, you slip on an icy sidewalk. It was poorly salted. Your legs shoot out from under you – but thanks to your five years of training, you know how to fall correctly! You have the wind and dignity knocked out of you, but what you don’t know is, without that correct fall, you would have broken your hip!!!

Plus cost of time off work, potential rehab treatments, and the fact that it is going to hurt rather a lot.

Say you win the lottery! One million dollars in your pocket. You head home from the gas station, having been handed your winnings by the gaping cashier (that’s how lotteries work, right?) but! From out of the shadows jumps a gang of roving highwaymen (people still say “highwaymen,” right?). They steal your pants – including the pocket your money was in. You are now out a million dollars.

If you’d had martial arts training, perhaps you could have fought them off! Alas, now we will never know. 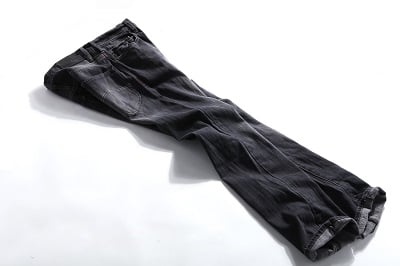 Won't somebody think of the pants?!?

You have made it to the final round of Jeopardy! The question is, “What is “osotogari?” Taking a gamble, you guess that it’s a kind of seafood. WRONG! It’s one of original 40 judo throws developed by Jigoro Kano! If you’d taken judo lessons, you would have known! But you didn’t, which is just as well, because even if you had won the Jeopardy money, you would have almost immediately lost it to brigands. Again.

So, really, in the long term, martial arts aren’t a cost so much as an investment! 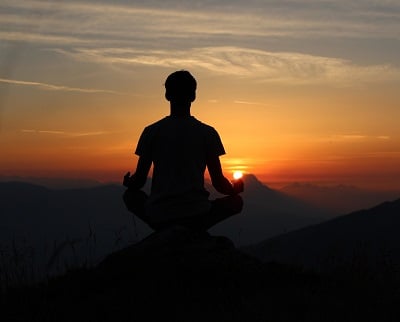 Martial arts: hundreds of schools around the nation, plenty of oxygen. Mountaintops: only located                        some places, difficult to access, not as much of the breathy breathy air stuff. Your choice.

“But Sarah! It’s martial arts! Aren’t I going to get kicked and punched and slammed against a mat and –”

Let me stop you right there. The answer is yes, you are. At least one, possibly multiple, of these things. And it’s better self-care than all the bubble baths and yoga-spa retreats and smoothie bowls in the world.

Why? Because when you’re on the mat, you learn things about yourself. You learn how to move in new ways, and you learn precision. You learn how your mind works under pain, under pressure, under duress. You feel how intimately your brain and body are connected and how much fun it is to pilot one of these meat-shells we humans live in. And after each class, you slap hands with the people you’ve been punching and slamming into mats, laugh, and go home bruised and tired and utterly happy.

Convinced yet? To be honest, if you’re not already opening another tab to look up “martial arts schools in my area” I’ll be a bit surprised (and hurt, and personally offended, but). I’ll go over the remaining resolutions in the next post, so stay tuned!

*I’m not actually friends with anyone who works for Statista but I’m sure they’re all lovely people. Probably less cool than us at Century, but that can’t be helped.